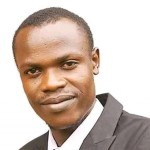 The news about the success of the malaria vaccine has been welcomed in Kenya following recommendations by World Health Organization that announced their discovery earlier last week mostly targeting children born in the Sub-Saharan Countries.

Kenya is among the mentioned countries above where the vaccine trial was piloted global body, WHO since 2018  where 800,000 children were vaccinated.WHO prepared a report that concluded that the vaccine was fit to help fight malaria.

Concurrently, other high transmission areas alongside Kenya include Ghana and Malawi.With 858 deaths recorded in 2019 as a result of the disease, caused by plasmodium falciparum malaria. It further shows that not less than 10,000 deaths are reported annually after patients suffer from Malaria, it calls for something to be done to avert the health issues in the country.

Medical Officers across larger  Western Kenya have said the discovery will help solve the situation. Close to 3.5 million patients have shown cases of malaria including children. Clinicians led by Dr.Victor Achoka said it was a welcoming development and anticipated saving the lives of not less than thousands of children between the age of five and two years.

According to Ashoka, another hurdle will be best served by public sensitization to help get rid of misinformation on vaccines. He elaborated the need for a Government-sponsored campaign that will ensure all children within the risky areas and stated age brackets are injected with the malaria vaccine.

Additionally, he said many births are home-based mostly in rural areas and other informal settlements that should be considered for the jab, terming it, life-saving malaria vaccine.

In Kisumu County that was the pilot area, Medical practitioners have said cases of malaria had been reduced by 30%. This comes as malaria-related illnesses mostly in children were skyrocketing during rainy seasons and mothers who have embraced the program are happy with it.

The doctors said all children should get four doses that will strengthen their immunity as compared to traditional and other methods used to suppress malaria.

Globally, WHO-led by DG Dr. Tedros Adhanom Ghebreyesus warned that not less than 96 percent of children who die from malaria are from Africa, with 250,000 from Sub-Saharan countries and simplified as one child who perished in every two minutes.

Tedros affirmed that the long-awaited and historic moment for a malaria vaccine is a breakthrough and particularly for child health, science, and malaria control.

The breakthrough dates back as a result of fund mobilization to help diagnose and treat diseases in low and middle-income nations, was in collaboration with global partners including  Global Fund, Vaccine Alliance, and Gavi