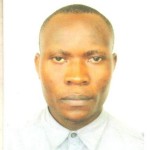 The report majorly highlights the aspect of understanding the Whole Child Development (WCD) in the context of informal urban settings in Nairobi.

To achieve the organization’s intended objective, the particular exercise was implemented in two parts;  by understanding the major players and actors in the provision of Early Childhood Education (ECE) in urban poor settings, and secondly through a focused study.

The focused study utilized a random sample of centers participating in the mapping exercise to in-depth examine the WCD approach. The study was cross-sectional and utilized a mixed-methods approach: Survey questionnaires and whole child assessments adapted from international tools.

In the process, key results of the mapping actors in Nairobi were obtained;

The mapping exercise reached 2072 centers spread across the 11 sub-counties – 76% public and 93%
non-public.

Five in every six children in the mapped centers were attending private ECDEs. Indeed, the private ECDE had enrolments of over 100,000 learners and thus fit a huge supply gap left by the absence of inadequate public provision.

In summary, the findings from the Whole Child Development research program found that;

Only one-third of the centers included learners with special needs and or refugees.

The pupil-teacher ratio in both ECDE types was low, with an average of 28% in public and 14% in the private.

The private ECDEs had the lowest provision of workbooks in all the learning areas and parents were the main providers.

In the Home Enrolment system; both ECDE types, 45% of the households reported they were solemnly telling stories to their children.

The report also covered the vital bit of assessment of learners in the Whole Child Development and found out that;

In pre-literacy, expressive vocabulary was highly performed and while listening comprehension had the lowest scores of 75%

Learners showed a high degree of socio-emotional and gross motor development based on the results of the assessment.

Commenting on the report, Alternative Provision for Basic Education and Training (APBET) Coordinator Kasarani Sub-County Fred Okidi was impressed by the report findings and pledged to partner with both national and county governments to seal the existing loopholes in the WCD approach.

“As our mandate states, we will keep ensuring that all our schools within Kasarani Sub-County are offering the best they can in matters CBC,” he said on Monday.

“We are also trying to see that our institutions are registered to meet the required standards in the Early Childhood Education system.”

On her part, the USAWA Agenda Assistant Programs Officer Esther Gad urged the government and relevant stakeholders in the ECDE sector to base on policy implementation to bridge the visible gaps in the ECDE program.

“We are still on course to achieve our set target even though we have pinpointed various challenges in the campaign. I would say our government has tried but there is still room for improvement in policy making,” she reiterated.

Meanwhile, in policy implementation based on the findings of the particular study, the national and county governments should explore ways to register and regulate low-cost education providers found in the informal settlements.

Both the national and county governments should promote inclusion by supporting both public and private ECDEs to cater to children with special needs.

The report was on Monday and Tuesday taken back to the community members of Mathare North Sub-County and Huruma Ward respectively for enlightenment and evaluation.