In September 2021 at a solemn ceremony held at the Serena Hotel, Mwangi Kiunjuri, Peter Kenneth and Moses Kuria appointed Martha Wangari Karua as the Spokesperson of the AgiKikuyu community. 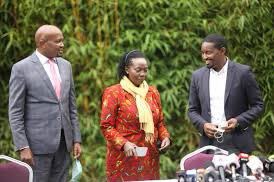 At the time, Justin Muturi had undergone a coronation which was later disproved by the Mukurwe wa Nyagathanga shrine elders.

Also Kirinyagah Governor Ann Mumbi Waiguru had decamped to the United Democratic Alliance Party, a move that was seen as an affront to her political godfather President Uhuru Muigai Kenyatta. 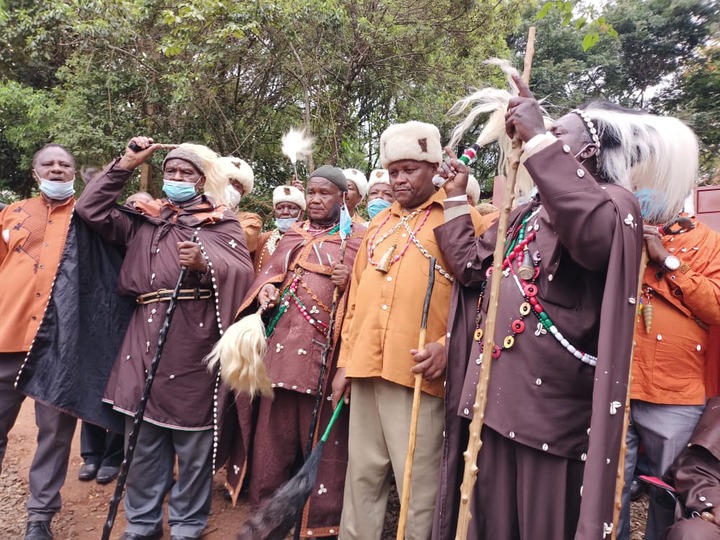 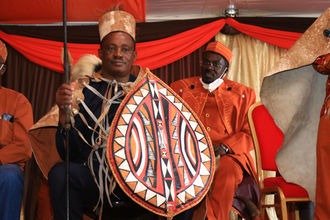 Moses Kuria wielded the power of veto and when he arrived back in the country from a medical trip to the USA all focus was set on him.

He had problems with the People’s Empowerment Party (PEP) shortly after spearheading campaigns for Juja MP George Koimburi. He had also formed a new outfit the Chama Cha Kazi (CCK) which he asserted would soon replace the moribund Jubilee Party in the region.

Despite all the interest in Moses Kuria when he held a momentous homecoming ceremony at Thika Stadium, neither UDA nor ODM Party top brass showed up because Kuria was not the prize. As a kingmaker, the prize would be the person he names or the side he joins.

Swiftly Kuria made a decision and shifted allegiance to Kenya Kwanza but not before himself together with The Service Party TSP leader Mwangi Kiunjuri in the presence of Peter Kenneth announcing that Martha Karua would be the region’s spokesperson. 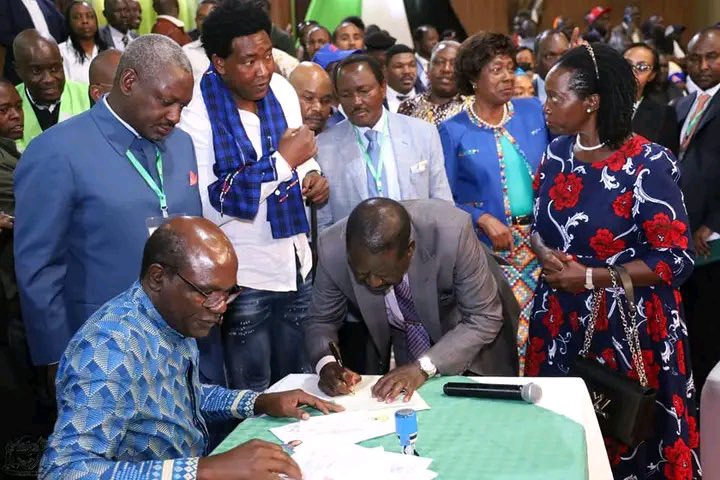 Come August ninth and Karua’s name will be on the presidential ballot paper as Raila’s running mate.

Both Kuria and Kiunjuri effectively faded into political oblivion as Karua’s star began to shine. Firstly she joined the One Kenya Alliance where her NARC-KENYA party became one of four Principal constituent political parties. The others were KANU, Amani National Congress, Ford-Kenya, and Wiper Democratic Movement Party.

With the BBI drama playing out in the Supreme Court, Karua was already a key player in the political realm. Then came the historic occasion when Raila Amollo Odinga upstaged his rivals who were pushing him to pick Kalonzo as a running mate and settled for Martha Karua.

Immediately the scale in the race for State House tilted in Raila’s favor. Karua fulfilled the two-thirds gender rule as well as came from the Mount Kenya region.

As Mwangi Kiunjuri, Peter Kenneth, and Moses Kuria had unwittingly intended, she now took up the mantle of the kingpin of the AgiKikuyu.

In another two months, if all factors remain constant, Karua will be the first female Deputy President of the Republic of Kenya, thanks to Kuria, Kenneth, and Kiunjuri’s blessings at Serena that day in September 2021.