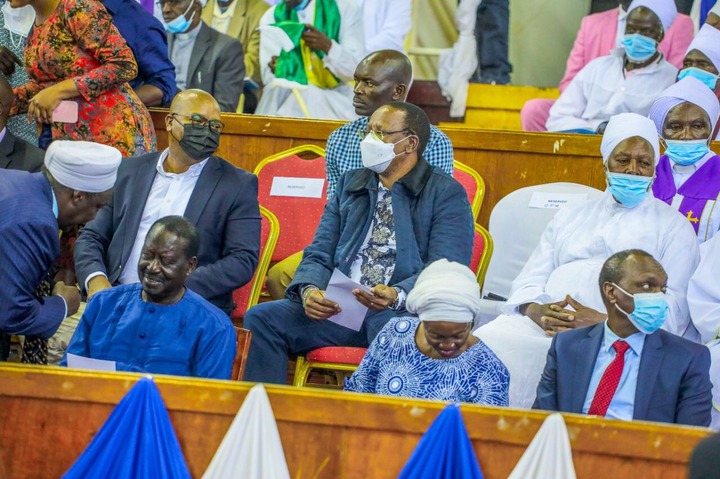 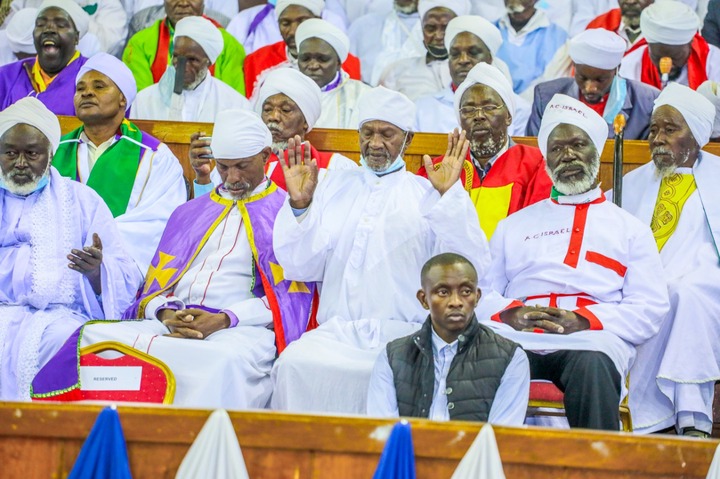 Top and bottom: Raila found acceptance for the first time within a Kikuyu traditional religious outfit.

The event which doubled as a national prayer service was marked amid much pomp and fun-fare with unique dances and doctrinal recitations.

Akorino, Roho Nineveh, and Legio Maria are some of the oldest African Traditional Religious denominations that have withered the test of time. The three share hundreds of thousands of adherents among them, some who do not come out in public to declare their allegiance. 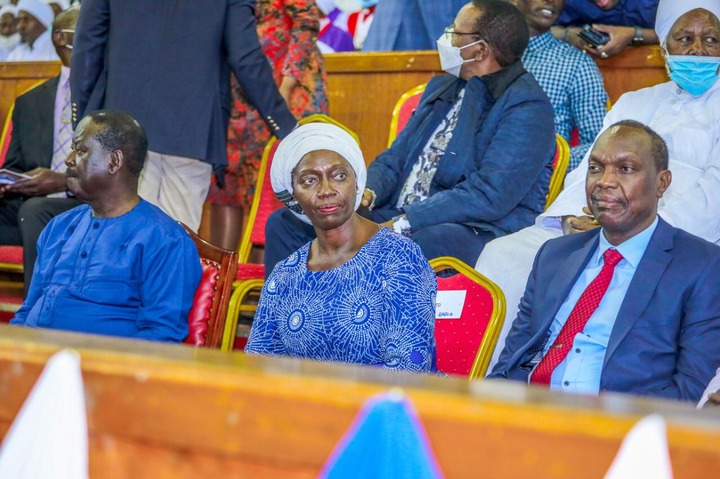 The choice of Martha Karua as running mate has influenced the surgical reevaluation of Raila’s presidential bid within the Mount Kenya region.

Among other things, the Akorino asked Raila to elevate to national holiday status one of their religious holy days.

During any election circle politicians’ dalliance with the church is commonplace but for Raila, this will be the first time that he finds open acceptance among any unit associated with Kikuyu customs and religion. No doubt the choice of Martha Karua as running mate has influenced the Mount Kenya region to drastically reevaluate its relationship with the doyen of Kenya opposition politics.

Raila is running for president for a record fifth time and this appears to be his best-coordinated attempt with virtually all regions of Kenya in support of his bid. 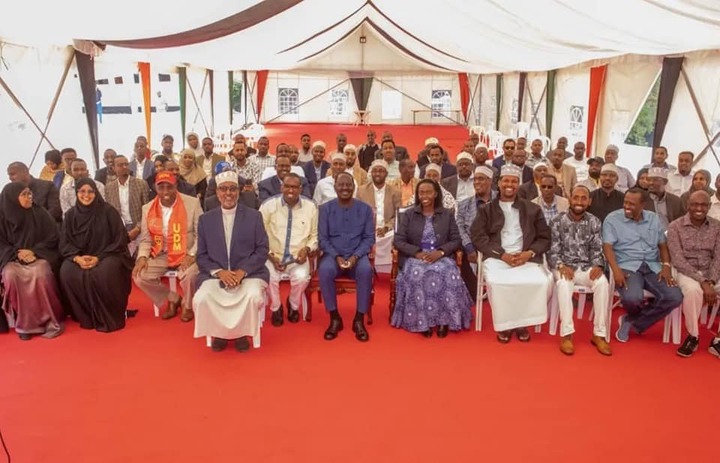 Raila with leaders from Mandera on Sunday 19 June 2022.

Earlier, Raila and Karua held a consultative meeting with leaders from Mandera County in the northeastern region of Kenya.

Ronaldo Goes Out Shirtless On Saturday Date With Georgina Rodriguez