Police scuttled both Azimio and Kenya Kwanza supporters who converged at Jacaranda Grounds on Sunday to hold opposing meetings. 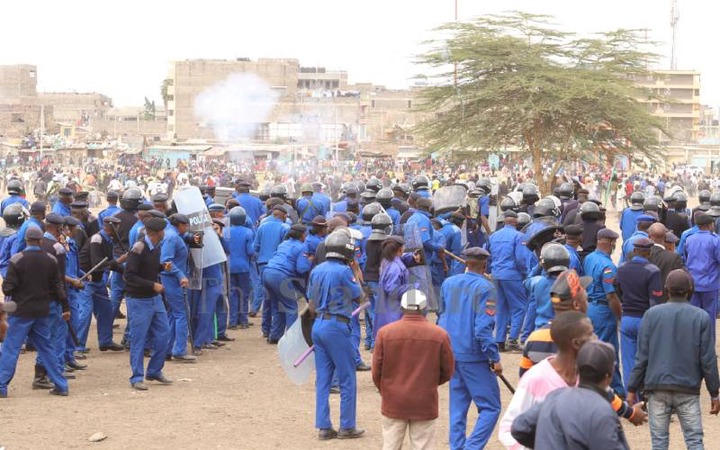 Deputy President Dr. William Ruto had confirmed through a tweet Sunday morning that his rally at Jacaranda Grounds would go on as scheduled amidst reports that Embakasi East Member of Parliament Babu Owino had booked the venue for a similar political event. 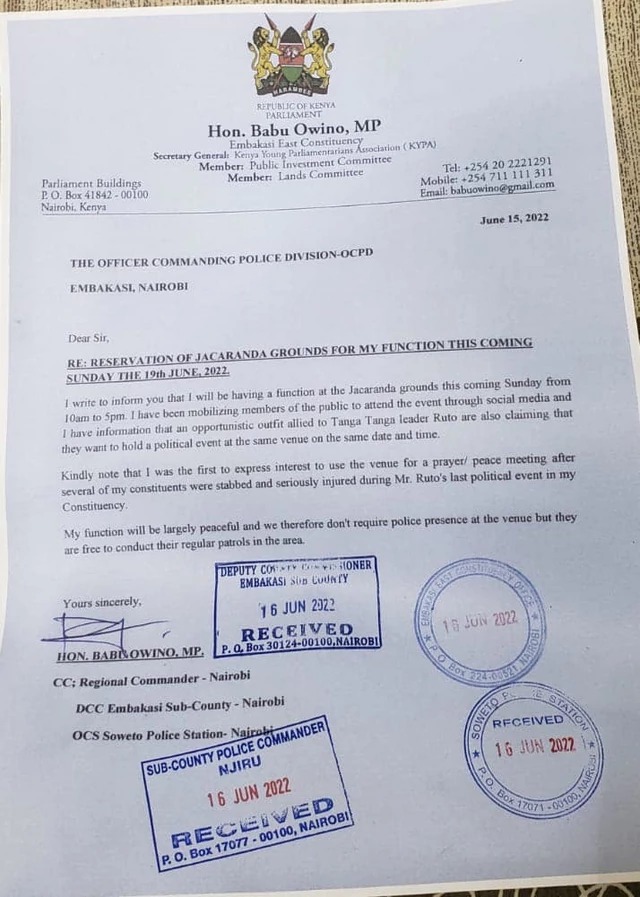 According to a letter made available to the media the area MP Babu Owino alerted Officer in Charge of Embakasi Police Division to the fact of his earlier booking.

“I write to inform you that I will be having a function at the Jacaranda grounds this coming Sunday from 10 am to 5 pm. I have been mobilizing members of the public to attend the event through social media and I have information that an opportunistic outfit allied to Tanga Tanga leader Ruto is also claiming that they want to hold a political event at the same venue on the same date and time,” reads Babu Owino’s letter.

By 9:00 supporters of both political factions were arriving at the Jacaranda Grounds in slow trickles as a formidable police presence was already witnessed in the venue.

Police turned away everybody irrespective of their political persuasion and declared both rallies canceled.

Both in the run-up to the 2013 and 2017 elections State machinery was employed to frustrate the opposition with ODM Party leader Raila Amollo Odinga and his team being subjected to frequent teargas attacks and cancellation of rallies, on the flimsy and unlikely grounds of double booking. 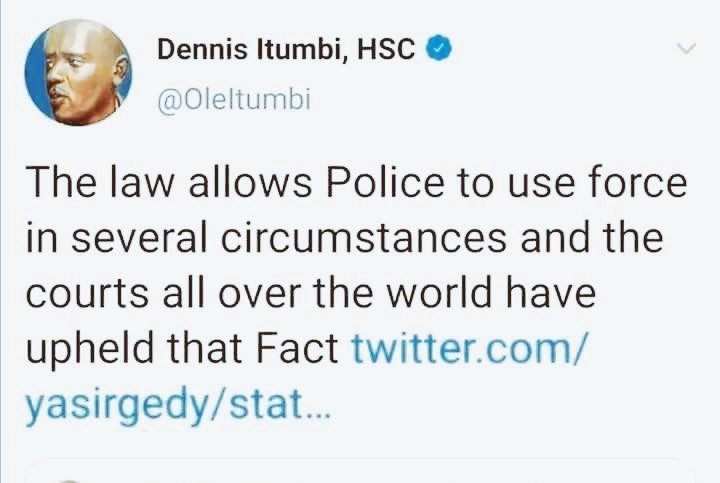 An old tweet by UDA Party blogger Dennis Itumbi supported harassment of opposition leaders when Raila was on the receiving end. Today the dice has turned full circle with Raila/Uhuru serving.

A little after midday police withdrew from the ground and it is not yet clear whether the Kenya Kwanza faction, known for chesthumping and a show of bravado will continue with plans to hold a rally.

Whatever happens at Jacaranda Grounds today could be a pointer to more sanctions being applied to the Kenya Kwanza Alliance rallies within designated areas of the country. It’s the standard practice of how leaders of the opposition are treated in Kenya.