Deputy President Dr. William Samoei Ruto finally showed up at Jacaranda Grounds in Nairobi following a long impasse between Kenya Kwanza supporters and police. However, he had to cut his speech short as he was heckled and booed by a section of the crowd. 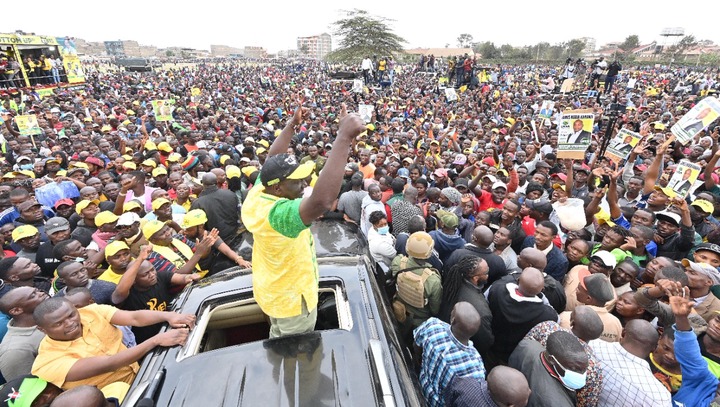 The crowd became unruly at Jacaranda Grounds while Dr. William Ruto was addressing it on Sunday 19 June 2022.

The DP had just referred to his rival in the presidential race Raila Amollo Odinga as “the Lord of violence” when a section of the crowd began chanting Musando and Kenei. Soon there was a commotion and the short-lived rally was abandoned.

Earlier on supporters of Kenya Kwanza were engaged in running battles with those of Azimio la Umoja One Kenya Coalition Party who claimed to have booked the Jacaranda Grounds venue for a similar rally. Police scuttled everyone out of the grounds and by noon there was relative calm forcing the police to withdraw their heavy presence.

Around 3:00 pm the DP and his entourage showed up in a display of defiance but no sooner had he started badmouthing Raila than the crowd turned wild forcing him to cut short his address. 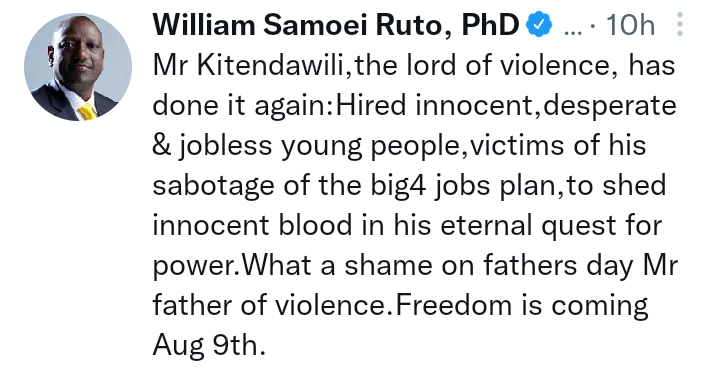 Immediately those who manage the DPs Twitter account posted that Raila had, once again instigated violence. Just as spontaneously as was the reaction at Jacaranda Grounds responses from users squarely directed the violence back to him with some listing names of persons whose deaths were attributed to the DP.

Here are some of the reactions: 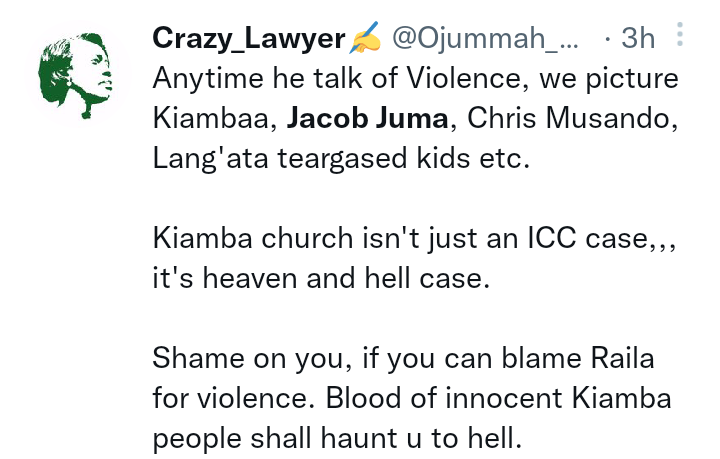 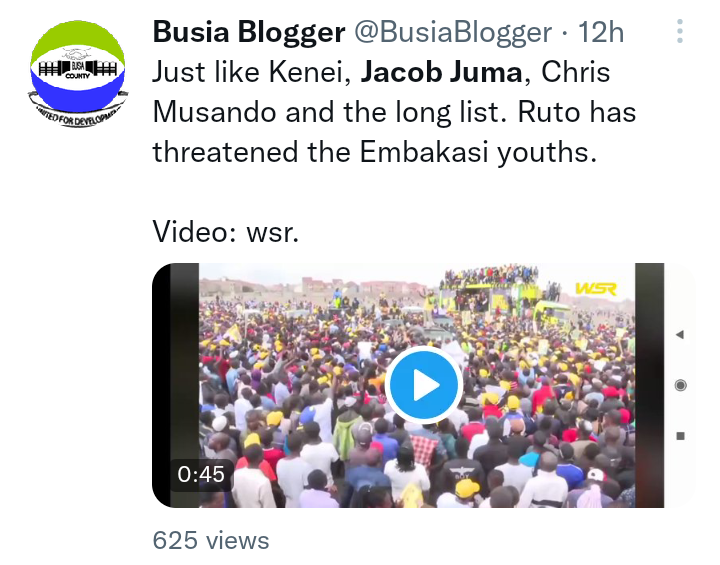