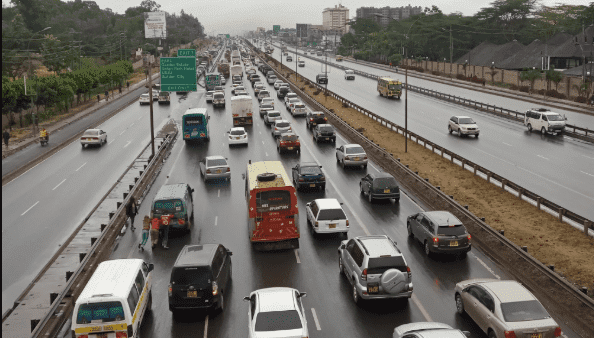 Speaking to an emotionally charged crowd in Ongata Rongai, Raila said that all artisans and craftsmen will be issued certificates of competence. Mentioning a string of small trades Raila said plumbers, construction fundis, welders, and carpenters will all get recognition for their skills. The Bodaboda riders will find access to affordable loans.

Although such promises are not unique on the campaign trail, nobody has ever disputed Raila’s claims to have been instrumental in the designing of the Thika Superhighway. Perhaps it was due to his contribution to this engineering marvel that Raila was honored by the African Union and appointed Africa Union High Representative for Infrastructural Development.

The excited crowd in Ongata Rongai on Monday 20 June 2022.

Both Martha Karua and Kalonzo Musyoka confirmed that Raila Odinga has a known track record for keeping his words, unlike other unnamed politicians.

There was good reason therefore that his claims that Ngong- Ongata Rongai, Langata -Kiserian-Ongata Rongai roads will be transformed into dual carriageways created a lot of excitement in his listeners.