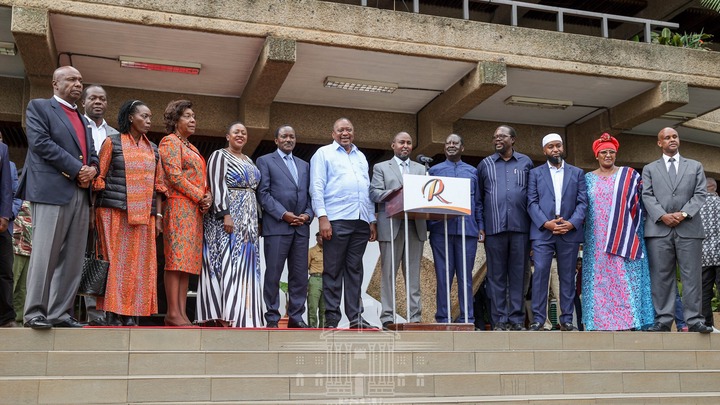 Among other things, the council will deliberate on who is best suited to fly the Azimio la Umoja One Kenya Coalition Party flag for the positions of Governor, MP, and Senator. This understanding was reached at the First Council meeting where it was resolved that the most popular candidates within a region, according to a scientific poll, be nominated to contest.

It was a solution to the contentious problem of balkanization where a party deemed popular in a region was to field candidates exclusively. The targeted areas were the Central, Rift Valley, Eastern, and Coastal regions where DP Ruto’s United Democratic Party (UDA) had made inroads and fielded strong candidates.

One of the cases that require these concession measures is the Machakos County gubernatorial race where State House Chief of Staff Nzioka Waita and former Chief Administrative Secretary Wavinya Ndeti both of Azimio are facing off with UDA Chairman Johnson Muthama.

To guarantee that those who are axed do not walk out in a huff the Nation media Group has reliably learned that Raila Odinga proposes to offer state job appointments to those who will be weeded out this morning.

“Take notice that a meeting of the Coalition Council, to be chaired by the Party Leader (Mr. Odinga), will be held on the 24 June 2022, at KICC starting at 10 am,” partly reads the notice signed by President Uhuru Kenyatta that was issued to the members of the council yesterday.