The first Kiambu County Gubernatorial Debate conducted by Royal Media-owned Citizen and Inooro television stations had its moments of intrigue and excitement. 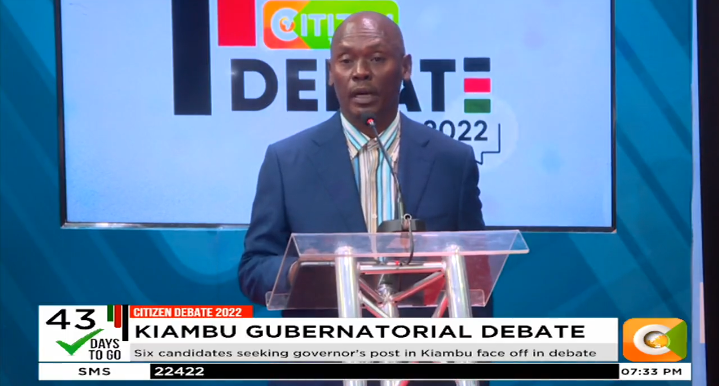 The moderators Waihiga Mwaura and Mashirima Kapombe ran a bold show often getting the better of the debaters.

Out of the six candidates cleared by IEBC to run in the race, only four turned up for the interview. Notably, Moses Kuria made a no-show.

Outgoing Senator Kimani Wamatangi kept giving damning evidence of the ineptitude of the current office which according to the Devolution Act includes Senator as well as Governor. 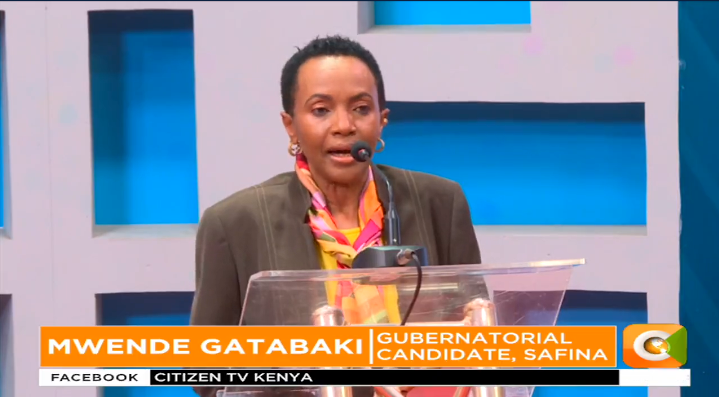 “Increasing revenues owed to Kiambu County Government have risen to KES 13 billion, ” the Senator acknowledged. When asked what plans he would put in place to rectify the situation he eloquently broke off and went on articulating something else.

The first Governor of Kiambu County who is also vying on his own party ticket Tujibebe Wakenya, William Kabogo decried the decline in the fortunes of the county when his predecessor Ferdinand Waititu took over.

“After every three shops in Kiambu town there’s a bar,” aspirant Mwende Gatabaki shocked listeners on the matter of alcoholism, adding “Youths who frequent these bars are there because of lack of employment. Nobody is talking about social issues, which to me are very important, yet it is the one thing ailing Kiambu county today.”

Meanwhile, Patrick Wainaina Jungle revealed that he has donated KES 8 million from personal funds to address the issue of unemployment by setting up youth projects. Repeatedly he would refer to projects that thrived well under the stewardship of Kabogo.

As usual Senator Wamatangi the UDA Party candidate was suave and very refined oratorical but he failed to impress since he always talks nice on media but little translates into action. 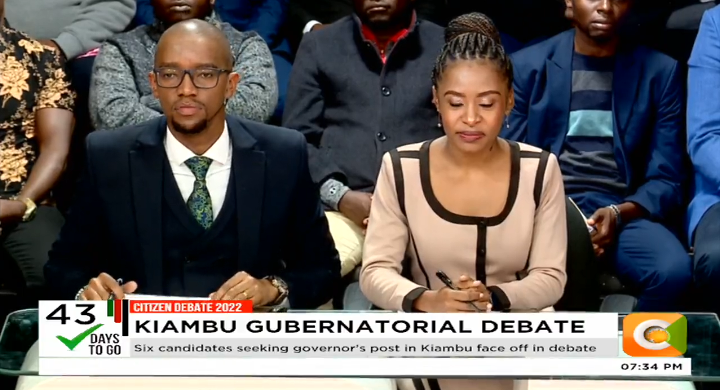 Although he appeared tight up and not his usual jocular self former Governor William Kabogo appeared the more down-to-earth candidate and used facts and not mere political platitudes.

Raila And Ruto Should Hold A “Handshake” — Proposes Wetangula

Magoha, Matian’gi And Atwoli Change Tact In the Face of A Dr. Ruto Presidency