The National Police Service Spokesperson Mr. Bruno Shioso on Thursday night revealed that the person behind the incident where a teargas canister was lobbed at the Azimio la Umoja One Kenya Coalition Party Deputy Presidential candidate Martha Karua was a police officer.

Unverified reports said that Corporal Kibet attached to the security detail of a gubernatorial candidate was responsible for throwing the teargas on the stage cutting short Karua’s speech and sending the crowd scampering in fear. 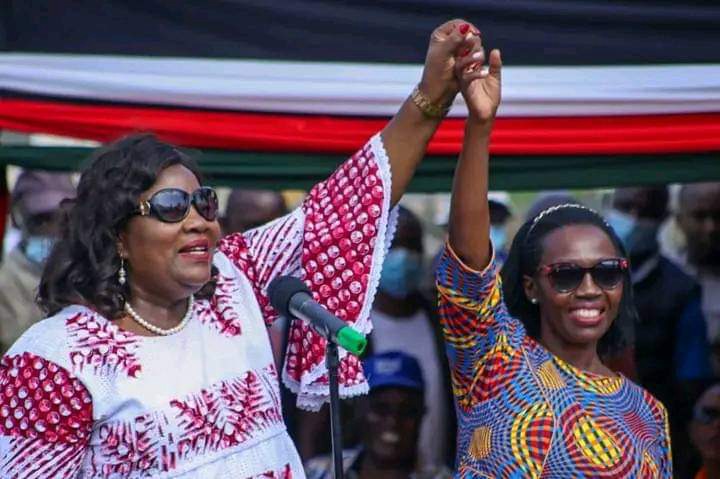 Karua had just attended another function in the presence of Ida Odinga.

The police have acknowledged that whereas the culprit was one of their own, his objective and motive are yet to be determined.

Ms. Karua was on a vote hunting tour of Kisii County and had just finished addressing a function at another venue in the company of presidential candidate Raila Odinga’s wife Ida Odinga before she presided on the aborted mammoth rally at Gusii Stadium.

Since she joined the Azimio presidential team, Karua has tilted the race in favor of Raila owing to her Central Kenya ancestry as well as the fact that she represents the gender card. 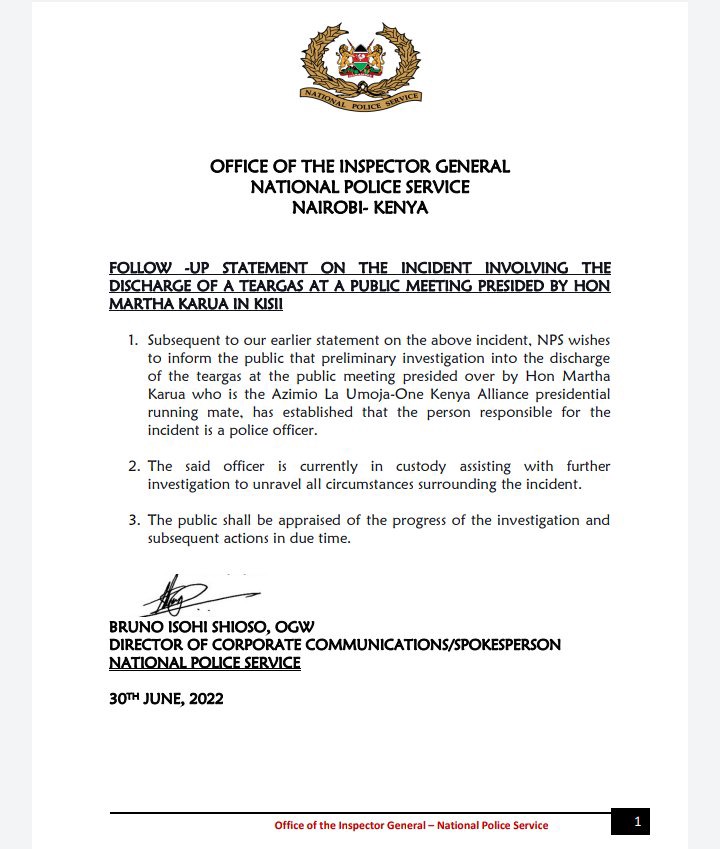 Speculation is high on the purpose of the attack and the police statement has indicated that investigations are underway to establish why the officer in question could be engaged in such a heinous act.

Police have confirmed the arrest of the errant officer.

Dear Aunty Magda: Just Turned 52 And Sex With My Husband Is Painful, Awkward