Restrained excitement is coursing through the Azimio la Umoja One Kenya Coalition Party ranks since events in the last few days have portended well for their presidential candidate Raila Amollo Odinga.

On Monday Ipsos unveiled a poll indicating Raila Odinga was ahead of his closest rival Dr. William Ruto with a popularity margin of 7 percent. On Tuesday Nation Media Group followed with a poll that gave Raila a 3 percent lead. All factors remaining constant the Azimio candidate is destined to turn the tables on his rivals come August 9.

Nonetheless what caused real excitement on social media was the resurfacing of a tweet by slain millionaire businessman Jacob Juma. 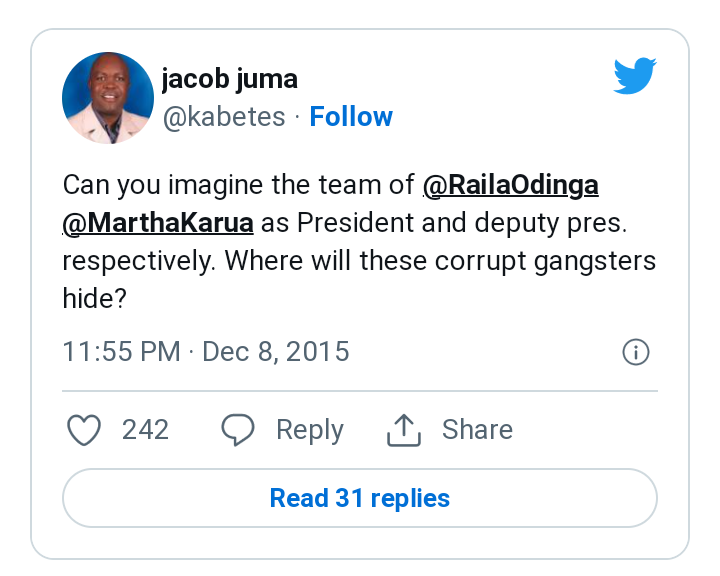 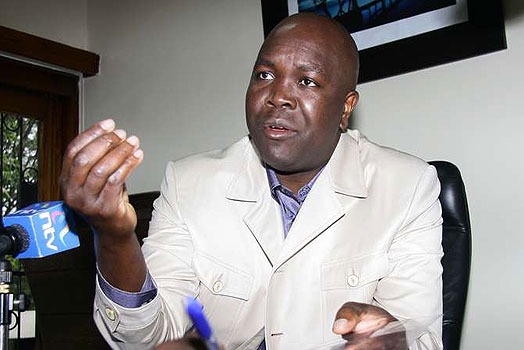 The tweet was posted on 8th December 2015 and asked where would corrupt politicians (gangsters) hide in the event Raila and Karua formed a government.

At the time the NARC-KENYA leader was a sworn rival of Raila Odinga and it was difficult to picture the duo coming together to form a government. But there you are, Jacob Juma foresaw it. He also precisely foresaw Donald Trump’s victory in the American elections.

Before he died Jacob Juma precisely stated that “if I die, know so-and-so killed me. He is obsessed with my death”. That precision to forecast events has been hailed as prophetic hence the excitement with the unearthed tweet.

However, Jacob Juma was not alone. At least two other publications accurately foresaw the rise of Raila Odinga and Martha Karua as president and deputy respectively. 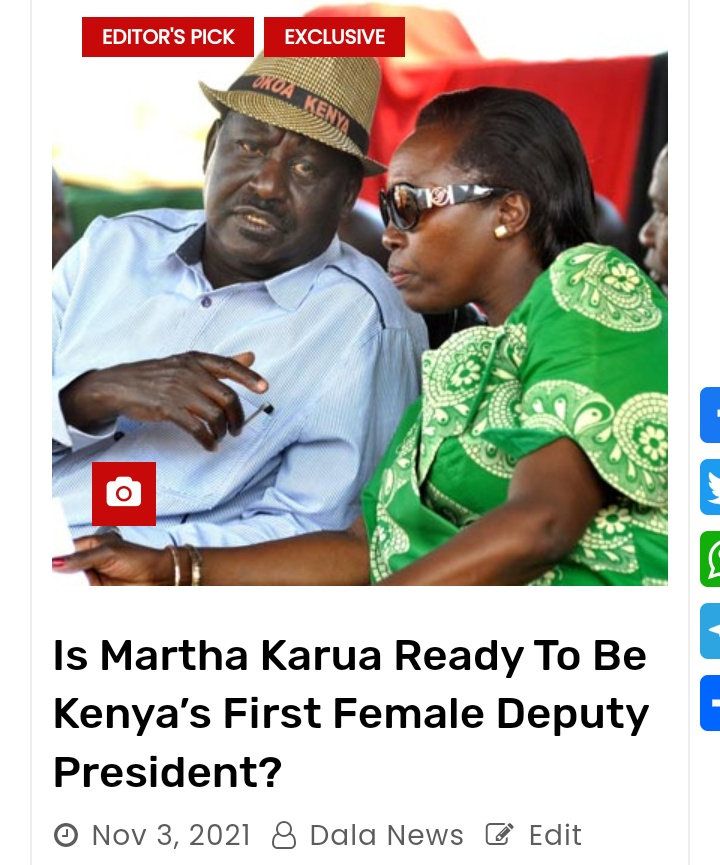 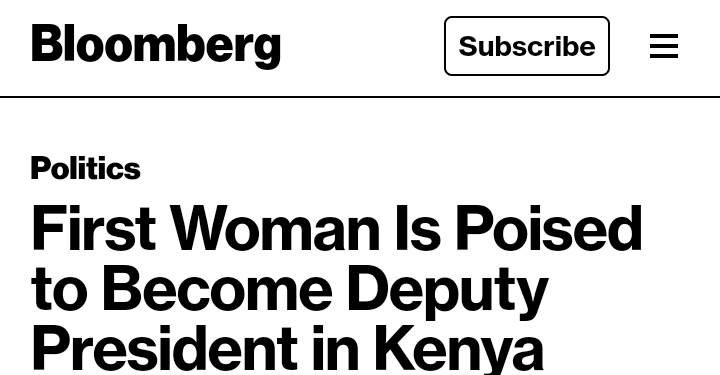 Beneath are a few reactions from Azimio la Umoja One Kenya Coalition Party supporters on the Jacob Juma tweet. 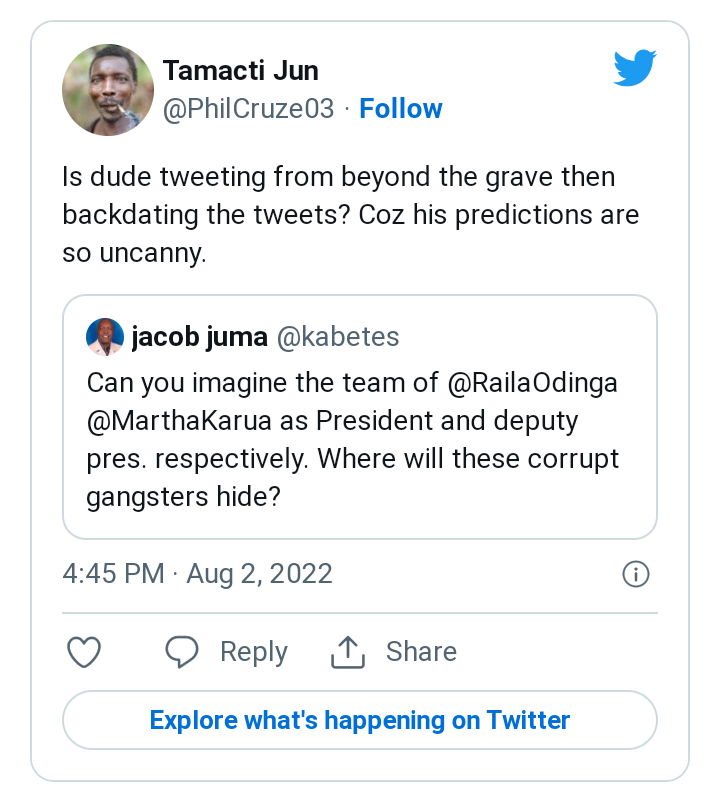 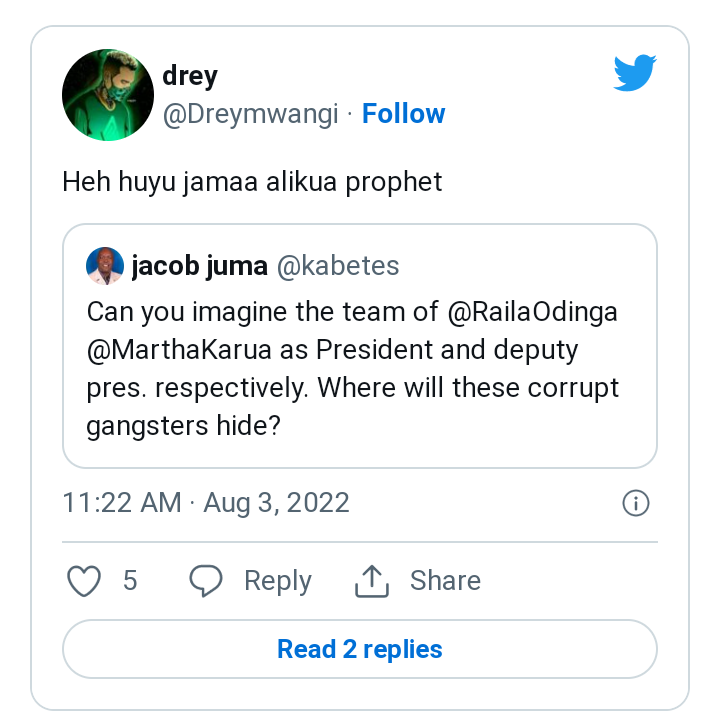 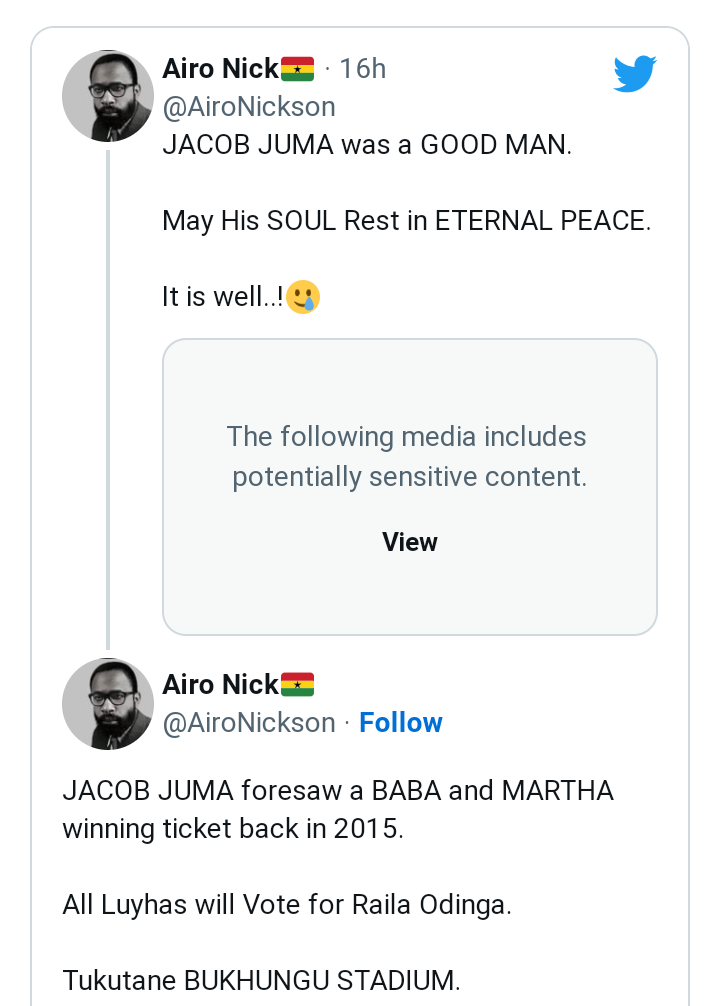 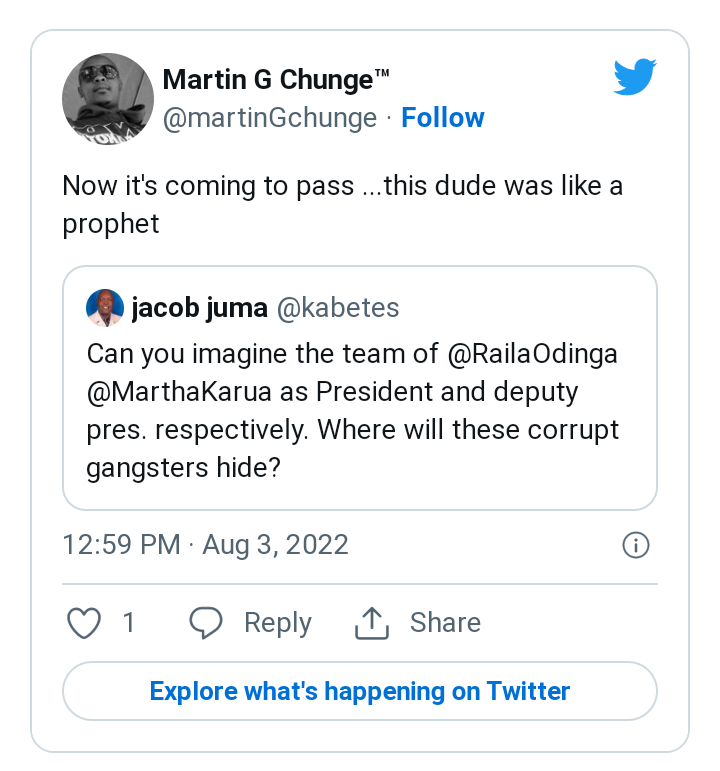