A red carpet rolled out Thursday afternoon at Kenyatta International Convention Center has sparked much speculation.

The red carpet comes complete with the national flag set at intervals along the walkway leading to the Tsavo ballroom. Security has been beefed up around the area and notably, the paramilitary General Service Unit (normally assigned to the presidential escort) has been sighted in the vicinity of KICC. 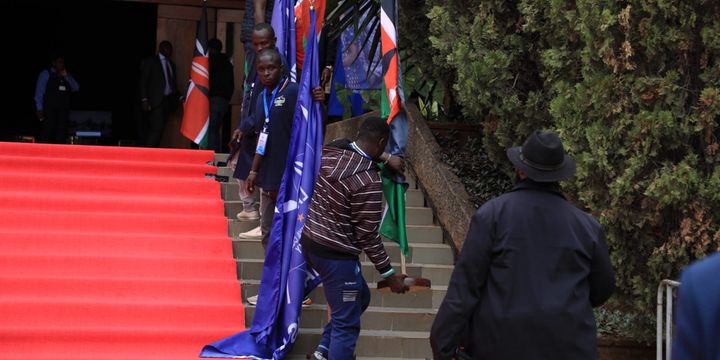 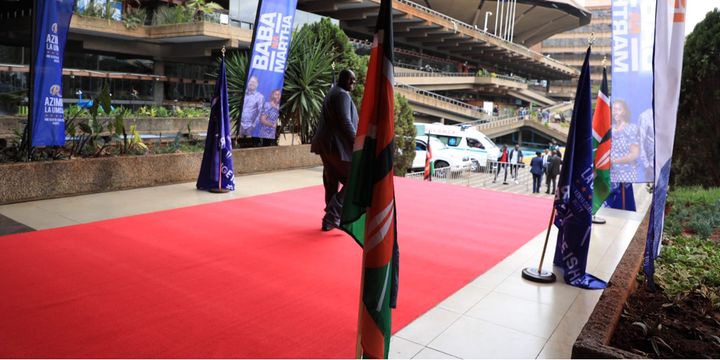 By Thursday afternoon as the verification of the ballot continued at the Bomas of Kenya, the Azimio la Umoja One Kenya Coalition Party proceeded with heightened preparations at KICC raising speculation that some significant announcement was coming up.

When contacted by the Nation, a senior official of Azimio speaking on condition of anonymity declared that the Tsavo ballroom would be used as a VIP holding area and media center in readiness for Raila Amollo Odinga’s speech once the presidential results were released.

The public and the media, however, have been kept out and the venue was by Thursday only accessible to VIPs and politicians accredited by the Azimio coalition.

Questions have been raised concerning the ostentatious sitting arrangement at the Tsavo ballroom mimicking the arrangement usually reserved for Heads of State and foreign dignitaries. 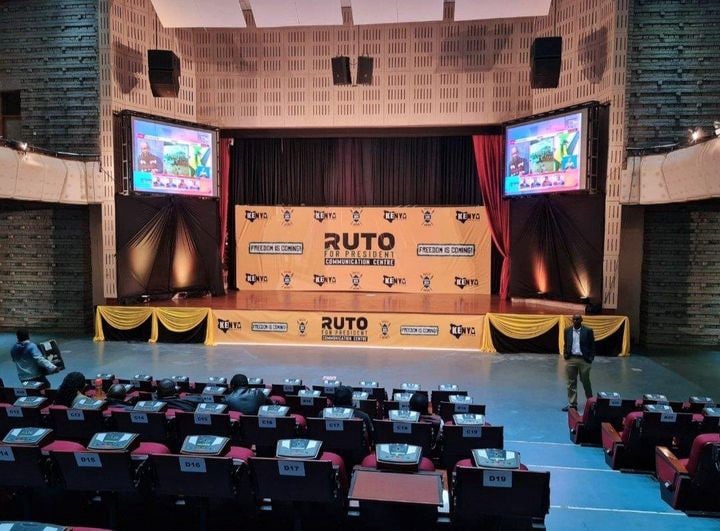 “The tallies across the media houses vary, and we appreciate that this may be so because each media house is accessing the public portal of the results forms at different times and each is using its criteria and sequencing among other factors – including perhaps different amounts of resources deployed.”

Chebukati further emphasized that the tallying by media houses should not be seen as verified results and only the Independent Electoral and Boundaries Commission was authorized to announce the 2022 General Elections Results.