Sirisia Member of Parliament John Walukhe with accomplice Grace Wakhungu could spend close to seven decades in prison if the High Court ruling on Thursday is upheld. 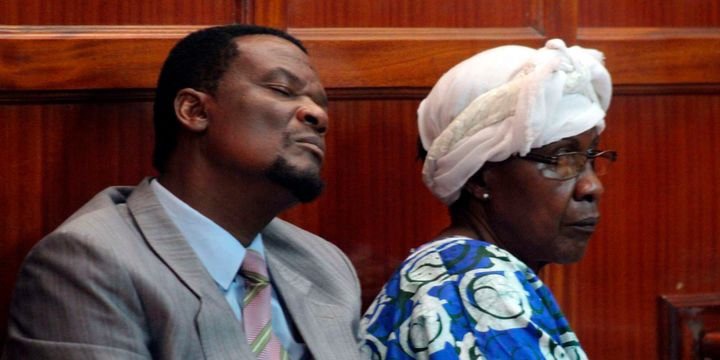 The judge found that the sum of Sh297,386,505 paid to their trading company Erad Supplies and General Contractors Limited, by NCPB was based on fraud.

“The invoice upon which the claim for payment was based was a forgery. Mr. Waluke presented it to an arbitrator knowing very well Erad Supplies and General Contractors Limited had no dealing with the maker of the invoice (Chelsea Freight Ltd) and as a result, it was paid the sums by a public body,” said Justice Maina.

The prison sentence of 67 years for Walukhe or a fine of close to KES 1 billion as well as 69 years in jail for Wakhungu is the longest and largest to be handed to a high-profile convict of graft in Kenya.

Walukhe retained the Sirisia Parliamentary seat vying on a Jubilee Party ticket. He garnered 16,461 votes to win the seat followed by 1st runner-up Kasembeli Nasiuma of FORD Kenya with 8,811 votes and the 2nd Runners Moses Nandalwe garnering 3,421 votes under the ODM Party ticket. Should Walukhe be detained for more than six months Parliamentary Standing Orders demand that the Speaker declare the Sirisia seat vacant and forthwith call for a by-election. In the event, such a scenario happens then the UDA Party stands a good chance of taking up the seat.

Speculation is also rife that Walukhe who fell out with the United Democratic Alliance (UDA) Party could be used as an example to the international community of the Ruto administration’s commitment to fighting graft.

The courts have also agreed to an out-of-court settlement between UDA Party’s Mithika Linturi and a woman he carnally took advantage of while at the same time petitioners abandoned a lack of University degree case against Aisha Jumwa. Aisha Jumwa’s pending murder trial could also be swept under the carpet as the DP has already declared that the charges were fabricated by George Kinoti, outgoing Director of DCI. 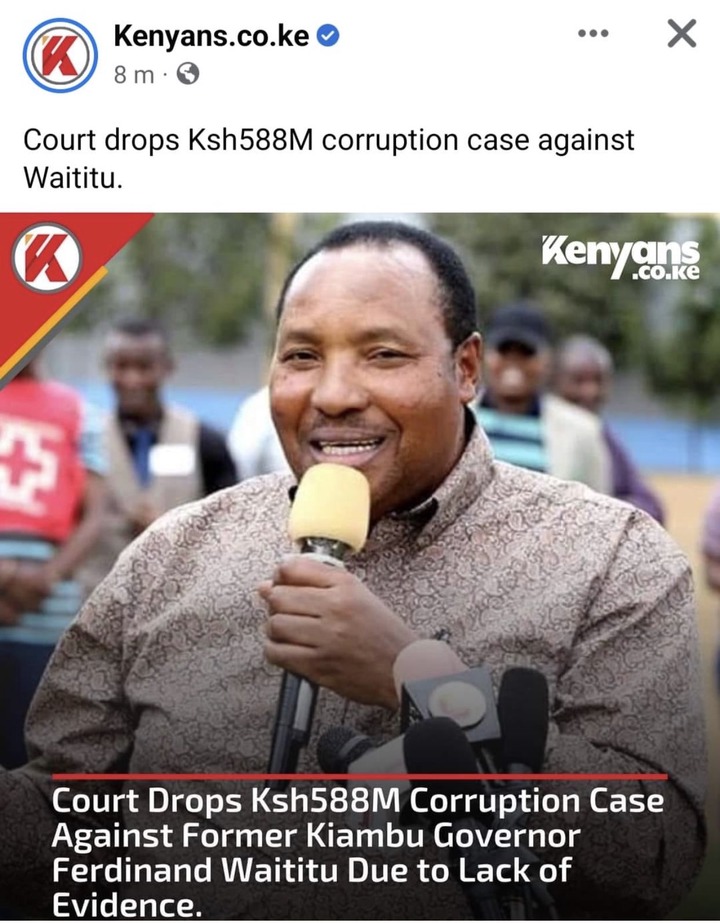 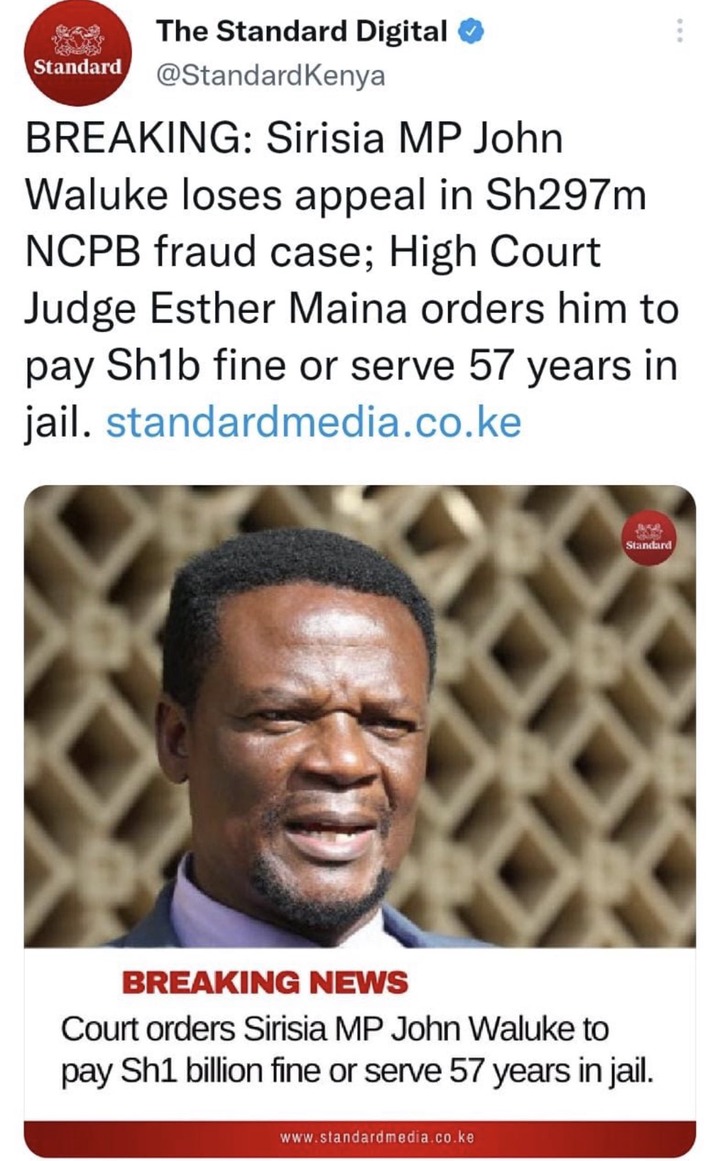 Former Kiambu Governor Ferdinand Waititu who has a raft of fraud and embezzlement cases also found reprieve in the Kenyan courts. Waititu is also a member of the ruling United Democratic Alliance Party. The public has been shocked that a different yardstick was used to determine the Waititu and Walukhe cases which bear a lot of similarities.