Barely days after it emerged that Deputy President Rigathi Gachagua faced off with President William Ruto in the appointments of Principal Secretaries from Mount Kenya, the battle has now shifted to Bungoma. 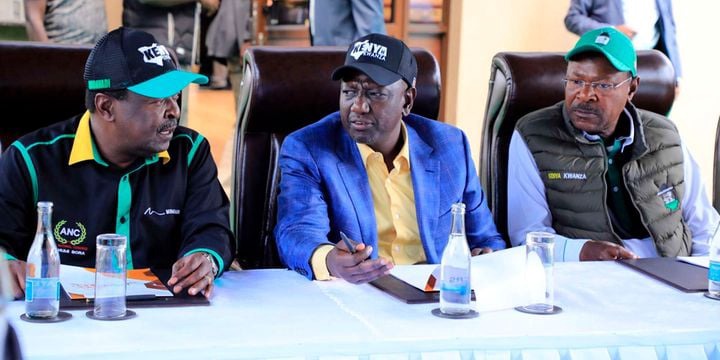 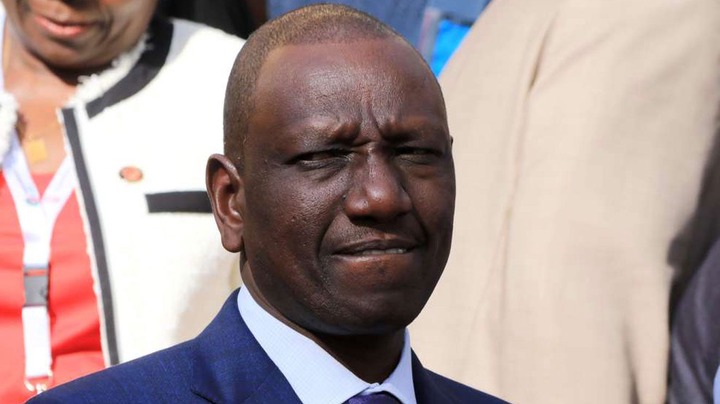 Above: President Ruto (center) with Kenya Kwanza co-principals Wycliffe Musalia Mudavadi (left) and Moses Masika Wetangula (right). Below: the president in a pensive mood; things might not be as rosy in the Alliance as they appear.

The Bungoma Senate seat which was vacated by Wetangula when he was elected Speaker of the National Assembly has attracted candidates from President Ruto’s United Democratic Alliance (UDA) Party as well as Ford-Kenya.

Interestingly Amani National Congress run by another Kenya Kwanza principal Musalia Mudavadi has teamed up with Ford-Kenya against the President’s party UDA. With ANC backing the Ford Kenya candidate Wafula Wakoli against UDA’s Mwambu Mabonga the UDA candidate has an uphill task.

Leaders allied to Dr. Ruto have said that Wetangula should have shown gratitude for being elected Speaker after the UDA Party mobilized its legislators.

“We members of UDA are the ones who mobilized at least 145 UDA MPs to ensure Wetang’ula was elected Speaker because Ford Kenya only has just about five MPs. Five people cannot make you Speaker and that’s why we are telling you to leave the Senate seat for the people of Bungoma to decide,” said Kakamega Senator Dr. Bonnie Khalwale. 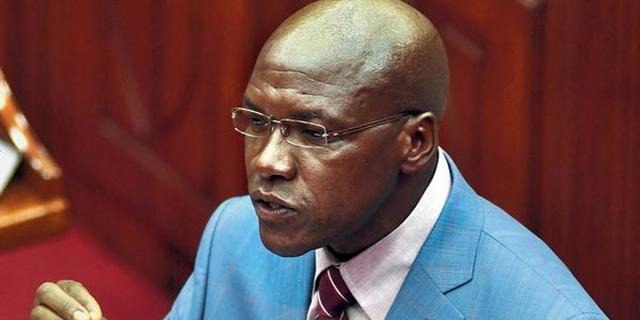 “We have found it decent and good manners to leave it to Wetang’ula’s team (Ford Kenya) to defend their seat,” said Mr. Gikuru.

Should push come to shove the minion party in the Bungoma race slated for 8 December will be President William Ruto’s UDA.

Is it Nyayo Stadium or Jacaranda? — Gor Mahia plead with Raila to move Rally